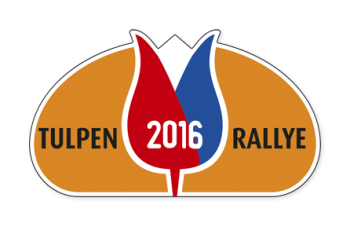 In 2002 the organization will take back some gas, and the start will be scheduled on Tuesday. On Monday, the Municipality of Noordwijk offers all participants a welcome and drink at Grand Hotel “Huis ter Duin”.

After the start in Noordwijk, the participants take a lunch at Café ‘Wijnands’ in Mariadorp-Eijsden, heading for Luxembourg for the first night’s rest at Hotel Eden au Lac in Echternach. After the route in the North of Belgium in recent years was sometimes too complicated, this year the organisers have chosen a route that runs more through Luxembourg. In the Netherlands however, there are already sufficient challenges in the route, which immediately results in a classification. On the second day, the route has to be adapted because the Giro d’Italia route is being driven on the licensed roads. On Wednesday evening the teams arrive in the picturesque Vosges village of Riquewihr, where the last part of the route is driven through the shopping street and the participants are welcomed at the finish with a glass of wine. Dinner will take place that evening in the Town Hall in an old gate on the first floor. On Thursday the king stage will be held with all known cols in the Vosges; the finish that day is in Vittel. On Friday the route runs to Brussels. The Saturday is particularly challenging this year. In Belgium there are a number of map reading trajectories that are too difficult for many participants, and in combination with the busy traffic this provides the necessary penalty points. In the Netherlands there is also a ‘points free route’ route with no less than 26 Route Controls. The finish is again at Grand Hotel ” Huis ter Duin ”.

After the first day, the two main contenders of the edition in 2001, Dolk / Rorife and Ebus / Berkhof, are again in the lead, both with 0 penalty points because they do all Route Controls correctly and they are also on the regularity stage exactly on time. On the second day, Ebus / Berkhof will lose the necessary time and so Dolk / Rorife will take the lead again at the end of that day. On Thursday, Dolk retires when he ends up behind a herd of cows and burns the clutch of his Volvo. Other teams also collect penalty points on this day, which is why Westerman / Roosenboom will take the lead at the end of day 3. On day four they are in charge, with Ebus / Berkhofi passing the finish in Waveren (near Brussels) towing behind another car with a broken gearbox. Ebus / Berkhof do not want to give up and find a new gearbox for the special Mercedes in Germany 600 km away. They have the gearbox come to Brussels and they built it in during the night.

When the other teams then make mistakes on Saturday and Van den Hoorn / Smeets go wrong somewhere, Ebus and Berkhof win the 49th  edition of the Tulpenrallye in the red Mercedes. Eddy v.d. Hoorn and René Smeets are second with the Volvo, followed by Karel Westerman and Martin Roosenboom with Porsche. Lisa Klokgieters and Anja Lieuwma again win the Coupe des Dames and Ruud and Miriam Wesselink also win their title in the Vintage class. Maries Dinaux and Eric van Straaten deliver a very special performance with a Citroën Azam 6 (a “duck”) from 1966 as winners in the Touring class at the finish. They are struggling to reach the mountains with sufficient speed, but due to virtually driving no wrong routes, they manage to win the class.

Take a look at the Tulpenrallye edition 2002 with the selection of images below that we have selected for you!