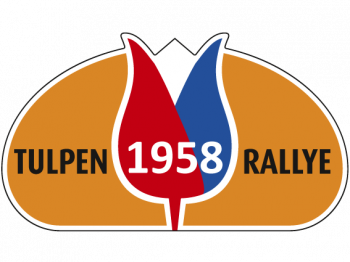 The tenth edition contains ten special stages and ten special trials. The organization hopes in advance that the fourth ten will be formed by the score that the participants of this edition will award. The 219 entries are divided between the competition class (202) and the rally class (17), in which no times are recorded on the special stages. The number of Dutch (76) and English (70) registrations has declined in comparison with previous years. At the start there are four cars of the type Mercedes 300 SL, including those of the Dutchman Hans Tak who drives together with Niemöller. Ian Appleyard, successful in previous editions, is back at the start with Bleakley with his Jaguar 3.4. The Ford Fairlane of the Carstedt couple is the car with the largest engine (5440 cc).

The first two tests have been planned on the Nürburgring, from Schwalbenschwanz to the Karussel and from Breidscheid to the Gegengerade. In the Vosges, the first 20 kilometers of route have to be covered at Le Hohwald, because the road is unreachable because of the high snow. There is a blizzard at the moment that the rally comes by. The third test is the Ballon d’Alsace (on Sunday), which is driven from Giromagny. Via the Jura the route then goes to the Swiss border. In Gex the route starts for the second night (which would later be described as the ‘Night of Terror’) on the program. A test of more than 10 km follows on the Col de la Faucille, followed by a particularly difficult special stage from the Col de la Faucille to Le Port (with an average of 70 km / hour). After 21 km the special stage from St. Martin to Belle follows, as well as stages in the Auvergne and from Lamastre to Tourlon. After a short break in Valence, the second day starts with the climb of the Col du Pin, followed by the special stage to Dunière. Via the Col du Rousset the participants then drive over the Chamrousse to Chambéry, after which the special stage of Belley is driven back to St. Martin.

Via Champagnole and Besançon the crews arrive in Belfort, where the third night will start. This night through the Vosges is particularly heavy, especially because of the fog and the heavy rain, and the participants are very tired when they arrive in Luxembourg the next day (the night has a large number of dropouts). After a rest of one hour, a trial follows and the Route of the Thousand Bends (100 km) as a special stage. The last test is at Francorchamps, after which a check is made at the Philips Recreation Center in Eindhoven followed by the final route in the direction of Noordwijk. Afterwards, it turns out that this tenth edition is indeed the best of all Tulpenrallye’s that have been organized until that moment.

Two English Rileys get off the road at the Nürburgring. The first one, from Brooks-Sutcliffe, crashes just after the start. They are put back on the road by a group of spectators. Father and son Brookes have the same, but 3 km from the start. The old Brookes runs back to the start and asks the same group of spectators to walk along the 3 km and also help them on their way again. This succeeds and the team finally reaches the finish in Noordwijk where they thank the helpers once again. After the first three tests, there are still four teams without penalty points: Tak, Carstedt, Anderssen and Skogh. Tak gets problems when a crack in the exhaust manifold causes carbon monoxide in the car. They are therefore forced to drive with open hood, in particular bad weather. The rally is particularly heavy for all participants. After six tests, 77 dropouts have already been registered. Tak and Niemöller decide to stop the battle at the Ballon d’Alsace when, in addition to the problems with the exhaust, they also have a broken alternator. Ian Appleyard also gives up on the third night, while contenders Carstedt and Carstedt in Luxembourg fail with a faulty petrol pump. A number of Dutch teams are doing particularly well in this tenth edition: Schorr-Poll (Porsche), Coenen-Butter (Ford), Jetten Sr.-Van Noordwijk (Vauxhall), Visser-Van Renkum (Peugeot) and Gatsonides-Jetten Jr. (Standard Ten). Only 24 teams reach the finish line without penalty points. The classification was largely formed during the route, and the final test in Zandvoort has little influence on this.

The rally is overshadowed by two fatal accidents. In the special stage to Dunière, the Saab from the Sweden Weider and Richardson does collide with a tractor. A Dutch doctor is immediately on the spot, but Weider dies the next day. Werner Engel is killed at the final test in Zandvoort. He was European champion in 1955 and did not want to miss the 10th edition of the Tulpenrallye.

The awards ceremony this time has a sober character, given the two fatal accidents. The German mixed-team Günther Kolwes and Ruth Lautmann win the rally with a Volvo. Madeleine Blanchoud and Renée Wagner win the ladies prize with Auto Union 1000, while the Dutch team wins the Nations Trophy (Poll, Coenen, Schorr, Jetten Jr., Gatsonides and Butter). Schorr and Poll are the best Dutch in third place with Porsche.

Take a look at the Tulpenrallye edition 1958 with the selection of images below that we have selected for you! 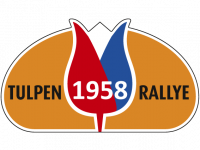